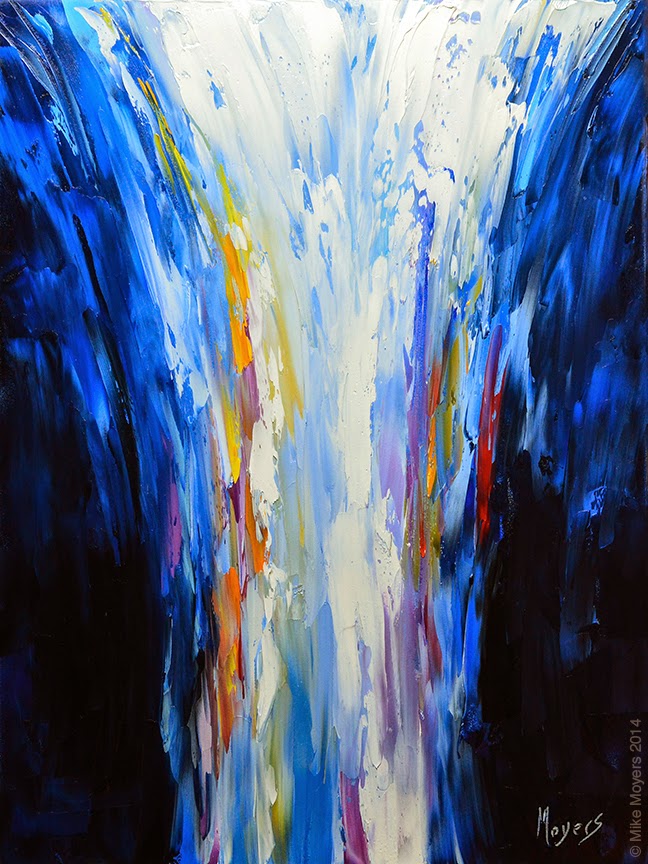 This year’s art conceptualizes the beautiful mystery of God blending with creation. It is an abstract mixing of power and humility, order and chaos, light and dark. For me, “The Word Made Flesh” could also be described as “God Poured Out.” In Jesus, the grace of God poured into creation like a waterfall of sacrificial love. This Advent season let the mystery pour over you. Allow grace to mix with your life. May the unpredictable Word overflow in you heart.
Posted by Mike Moyers at 1:27 PM No comments: