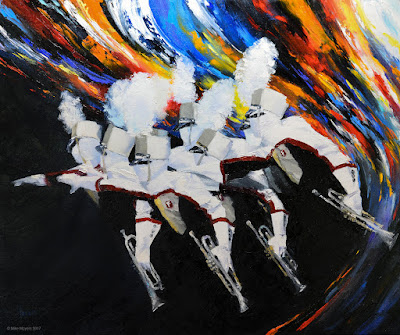 Time is long overdue to share some commissions I've been working on.

This one was commissioned as an anniversary gift to the director of the Franklin High School Band, David Aydelott. It was based on a brilliant photo by Tom White capturing band members in one of their dramatic movements. The task was to blend the pose with the abstract music colors I have done recently. The result is a striking piece illustrating the band's striving for excellence.

The painting is entitled "Expressivo," which means to perform expressively with emotion.

It was unveiled a few weeks ago at the ban's end-of-the-year banquet. I can think of no better way to express gratitude for Mr. A's artistry to inspire and shape character and talent than a gift of art itself. 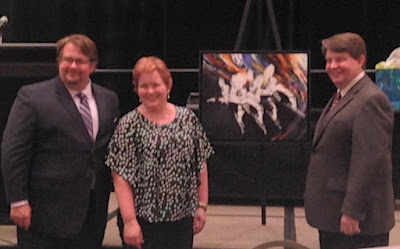 Posted by Mike Moyers at 8:35 AM No comments: