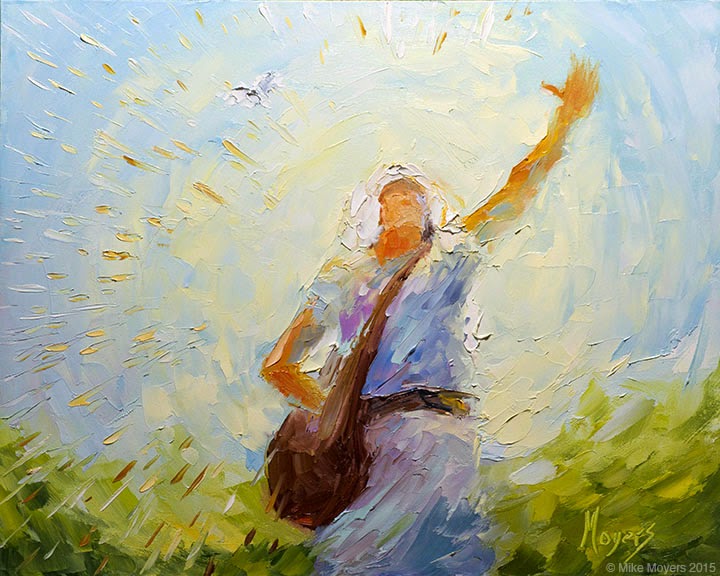 Today's painting is another illumination. This time the subject is Jesus' parable of The Sower.

"A sower went out to sow his seed; and as he sowed, some fell on the path and was trampled on, and the birds of the air ate it up. Some fell on the rock; and as it grew up, it withered for lack of moisture. Some fell among thorns, and the thorns grew with it and choked it. Some fell into good soil, and when it grew, it produced a hundredfold."

We tend to reflect on what kinds of soil we are. But recently, I've been thinking about the Sower. The Sower doesn't worry about getting ALL of the seed into the good soil. The seed is liberally thrown about everywhere. Once distributed, nature takes care of the rest. Jesus tells this parable to his Disciples, I think, to prepare them for ministry. We should spread grace the same way God gives us grace—to all—not just those who appear to be worthy.

So this painting's view of the Sower is from the ground up—for we are indeed the soil. What we see from that vantage point is a prodigal Sower, joyfully throwing seeds of grace to all the world.
Posted by Mike Moyers at 10:18 AM